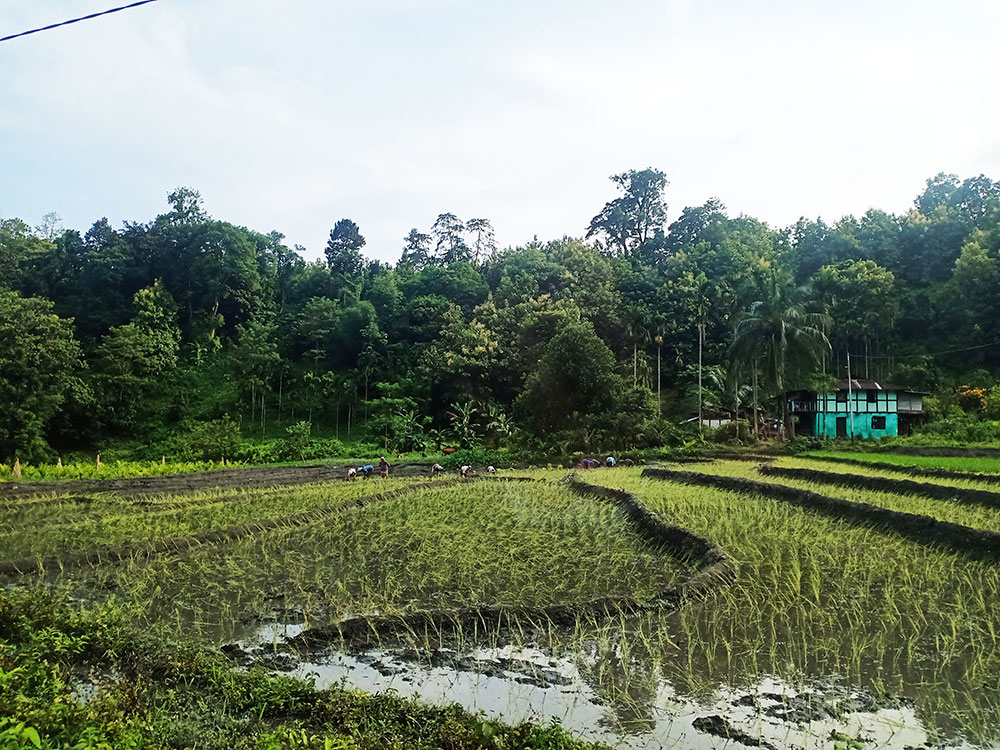 Without irrigation water, paddy fields in Khatoedthang village of Phuentshothang gewog, Samdrupjongkhar, are dry and cracked.

Farmers of about 20 households who cultivated paddy with rainwater are worried about the yield. The seasonal stream in the locality dried.

Lack of irrigation water has forced many villagers to leave their fields fallow.

While some villagers suspect a coal mine in the locality might have caused the stream to dry, others blame it on erratic monsoon because they have depended on rainwater for decades to irrigate their fields.

A farmer, Til Bahadur Thapa, said the water seeps more towards the mining site and less to their paddy fields after the mining started above their village.

Another farmer, Padam Lal Thapa, said the stream started drying up two years after the mining operation started. “It has been about three years now we have been facing water challenges for paddy cultivation.”

He said he left the fields fallow once villagers started arguing over the little water available.

Villagers claim that the mine expanding into the mountains would be causing water to dry as they used to have adequate water for irrigation before the mining started.

“We wouldn’t be able to harvest paddy if there is no rain,” a villager, Ganga Ram, said.

Om Maya Bahadur, 54, said villagers have depended on the monsoon to irrigate their fields for decades, adding that she relies on rainwater to cultivate paddy, but could not cultivate this time as there was less rain.

She said the water dried because of the less rain as it’s seasonal stream water and not due to the mining. “We have reported the issues to the gewog administration but were told to pump water from the river.”

Villagers said many are switching to maize cultivation due to insufficient water for paddy cultivation.

They said it would help if the concerned authorities such as the gewog administration could construct irrigation in the village.

Phuentshothang gup, Jamyang Gyeltshen, said there are no such irrigation issues in Khatoedthang village as people have been using water for cultivation. “We cannot blame mining for drying up the water sources as it’s seasonal stream water and there was no rain on time.”

He said the State Mining Corporation Limited (SMCL) compensated those households whose crops were affected.

He also said SMCL had also provided pipes and constructed a tank at the drinking water source. “The gewog would provide the irrigation canal if needed.”

SMCL officials said the coal mine has not affected any water sources because the mining area does not directly impact the watershed area of the stream in the village.

An official said they constructed an irrigation canal for lower Khatoedthang.